Trina Jo Bradley grew up on a ranch west of the small town of Dupuyer on the Rocky Mountain Front where her family still ranches. “I have three siblings and we grew up like all the other country kids, getting dirty and running around outside. We had horses, cows and even pigs for a while.”

When she married her husband, Peter, she moved to Birch Creek, which lies 15 miles west of the small town of Valier. At that time, her daughters Samantha and Shayna were 13 and 11. (They are now 30 and 28.) Trina says their childhood was very different from what her youngest daughter, Kadence (who is now 12) is experiencing — all because of grizzly bears.

“Sam and Shayna could play outside, head down to the creek and run around by themselves. Today, Kadence can hardly leave the yard because of the bears. She always needs to carry a cell phone and tell me where she’s going. There has been big difference raising kids 18 years apart.”

Bears would occasionally pop up in Birch Creek during the early ‘90s, but they were rarely seen. Trina Jo moved there in 2004, and the bears showed up about a year later. “As the bear population grew they began expanding their territory far to the east - straight out into the prairie as competition for food sources got tougher. This also meant grizzly bears began setting up camp on farms and ranches up and down the Rocky Mountain Front, and far out into central Montana. Today we have about 15 resident bears, and that doesn’t include the ones that come by here going east in the summer and west in the fall.”

She explained there are three kinds of bears: those that keep to themselves, those that are habituated (not afraid of people and will hang out in farm yards) and those that kill livestock. The issue is that on a given day any bear in one of those three classes can be dangerous.

“I used to have a big garden. When Kadence was 4, we went out to move the sprinkler one night. We got halfway between the house and garden, which were maybe 20 yards apart, when suddenly our dog froze. I looked up and there was a grizzly bear, just on the other side of the garden looking at us,” Trina Jo remembered. “Since the dog took off after the bear, I just grabbed my daughter and ran into the house. I can’t even have a garden anymore because of the bears.”

“However, being ranchers, we have to go outside because we’re fixing fence, moving cows, riding horses and even mowing the lawn. I always carry a gun and I’m right next to the house,” said Trina Jo. “We have bears in the morning, afternoon, evening…during the heat of the day, they’ll be hanging out next to our daughter’s trampoline. We’re not out here in our vacation home watching them from our windows; we’re trying to keep our animals and kids alive while we are getting our work done.”

Despite the bears, Kadence is very involved at the ranch. “She’s a top hand. She’s been in the corral since she was born, literally, as she was born at the same time we started calving. When she was really young, she’d be in a stroller and I’d put her out of the way. Once she was able to, she’d follow us everywhere. She’s a cow-sorting fool.”

Kadence started in 4-H as a Clover Bud when she was 6 and then became a member at age 8. She has been showing market lambs but hopes to work her way up to show a steer or heifer. She especially loves driving the machinery, especially the new tractor.

“We got our first new tractor three years ago. I’ve driven it two times in three years, but Kadence drives it all the time. If she goes with her dad to feed, she drives it. If we need to move cows during calving, she drives it and we follow behind to make sure all the cows come in. In fact, she’s told me, “If you need to drive the tractor, I’ll help since you don’t know how to do it!” 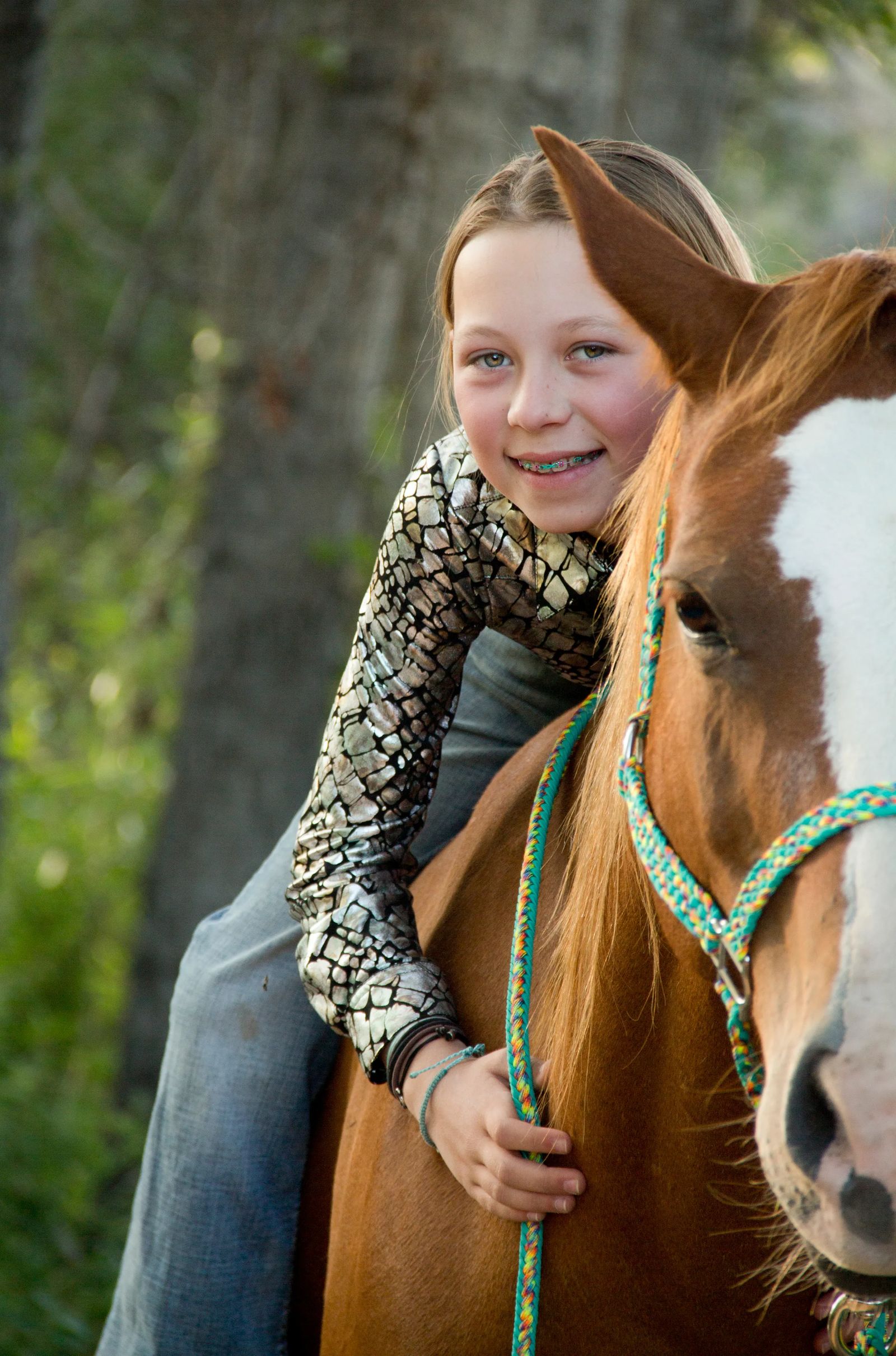 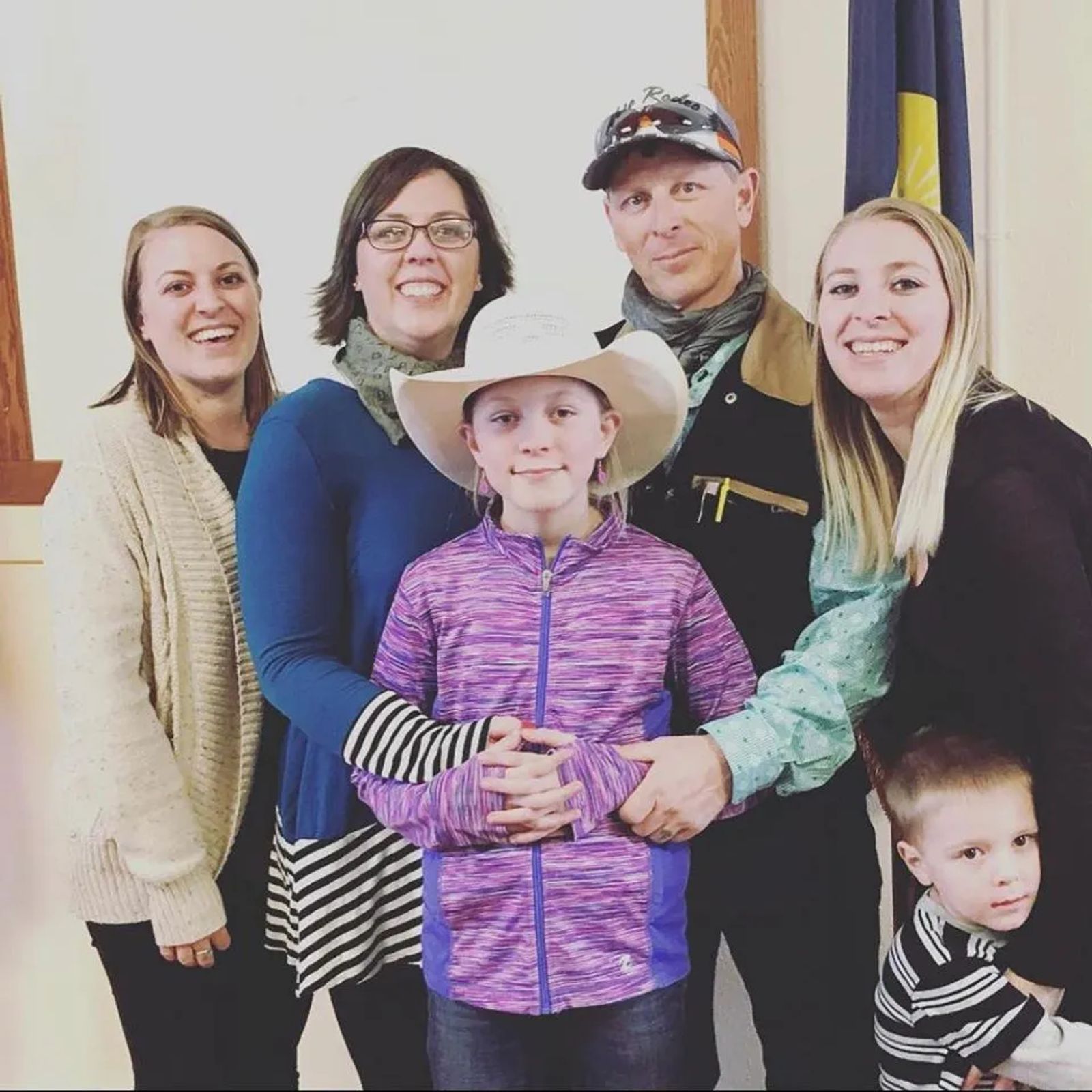 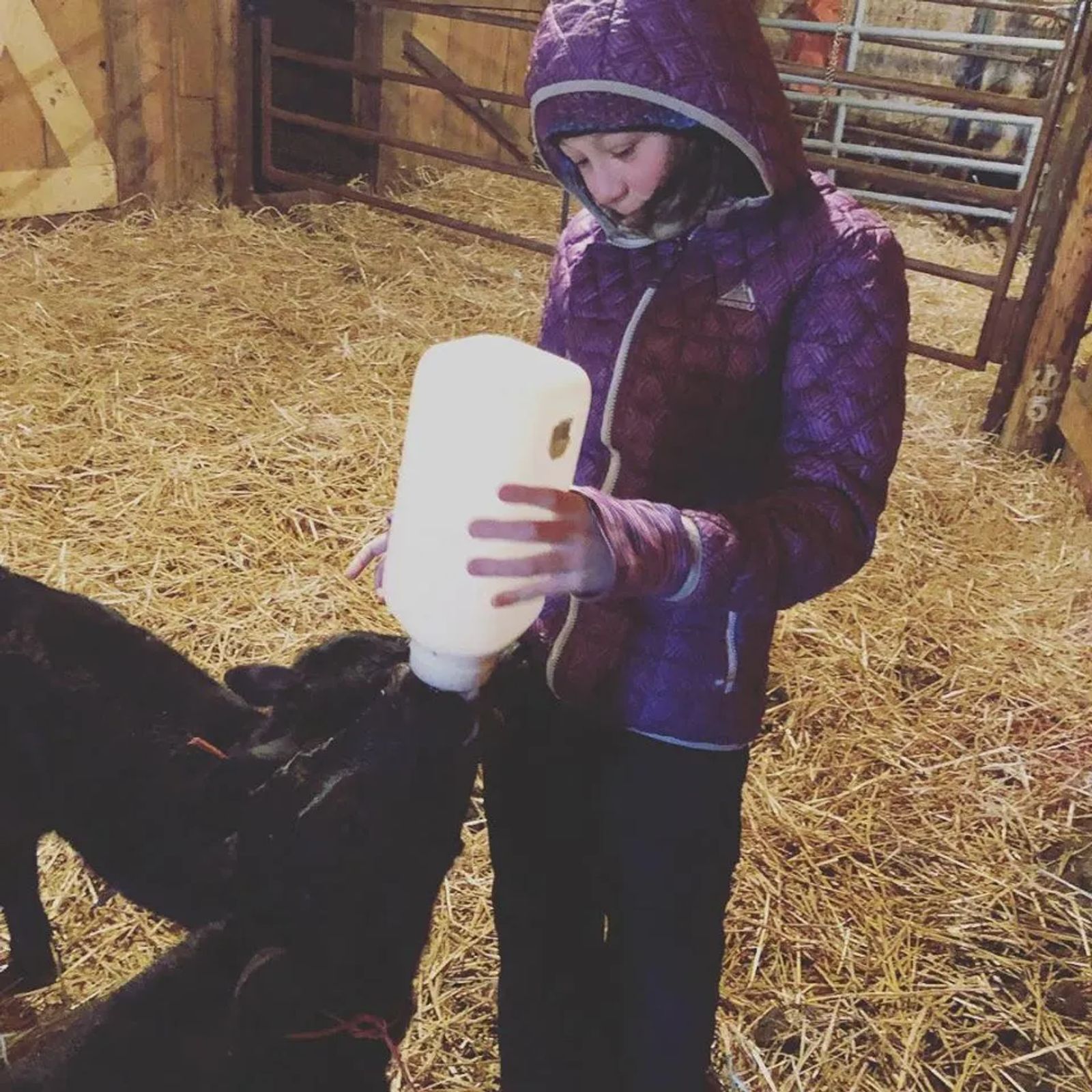