Pregnancy and Babies- All Part of Ranch Life for Jesse Thompson

Written by Rebecca Colnar Photos by the Thompson family

Expecting a baby doesn’t slow down most ranch women, and Jesse Thompson is no exception. The 30-year-old admits that although ranch gals can still work pretty steadily through pregnancy, it can be difficult to transition from helping every day on the ranch to taking care of a newborn.

“I had to understand that it’s just a season of life and, at some point, I will get back to helping,” Jesse said. “Right now, there are a couple of little ones who need me more than the ranch does.”

The Thompson ranch lies near Whitlash, a tiny town (community hall and post office) 40 miles north of Chester in the Sweet Grass Hills, six miles from the Canadian border. Jesse grew up on a ranch East of Sunburst, which isn’t too far from Whitlash. “We had pigs, cows, sheep and chickens—all the farm animals,” she says. “My brother farmed, and my sister and I helped with the livestock. I spent 10 years involved in 4-H and knew I always wanted to stay in agriculture.”

After earning a B.A. in animal science from Montana State University, Jesse came back to the area where she was raised because her family and her boyfriend, Chance, were there. They were married in 2017 and began ranching on Chance’s family’s ranch.

“I worked in town for the first two-and-a-half years, but the job was a lot of driving—and tires—so I found a job where I could work from home.” Jesse served as Executive Secretary of the Montana Wool Growers, which then led her to work as the Executive Administrator for the Montana Angus Association, which dovetails nicely with ranch life.

In December 2017, the couple had their first child, Clementine, and in October 2020, Adrianna joined the family. “We actually planned having our children around the seasons at the ranch. We tried to pick a time that wasn’t so busy. Having a newborn during calving or haying season would mean I wouldn’t see Chance at all,” Jesse noted.

While pregnant, the hard-working mom was still able to help fix fences, drive the tractor and haul hay during haying season. She also kept helping with cow work, although she quit riding horses after her first trimester. In the early parts of her pregnancy with both girls, they were calving, so she did her usual helping with cows and calves.

Jesse noted that she can’t be as helpful around the ranch as before her babies were born, but they can still enjoy time together as a family. “When I was pregnant with Adrianna during haying season, Clementine would come along and we’d take Chance meals in the baler and swather. The first week I had Adrianna, I brought her when we were shipping cattle because I always help my husband record weights (of the calves). It was fun, though.”

Jesse chuckled that so far this winter, she’s had to load up the girls a few times—putting Adrianna in a front pack, helping Clementine get dressed in warm clothes—to climb in the tractor and pull Chance’s truck out of snow drifts where he had become stuck.

The two have had to plan ranch work; if Jesse is needed, they schedule it around nap times, when Clementine and Adrianna are snoozing in their car seats in the truck, which is parked right where they are working. “Thank goodness for technology and baby monitors. We’ve also found that twin calves and the barn kitties make great babysitters.”

Clementine is becoming increasingly interested in the ranch. When the couple had to set a water tank, she was happy to play around the area. The mom finds it rewarding that her oldest daughter is beginning to really love the animals and is getting into ranch life.

“It’s great to see her loving the lifestyle she’s brought up in. Obviously when you’re raising kids on the ranch, you have to think of their safety and make sure their needs are met first. Now, if we want to spend time with my husband, we go out and find him and tag along. That’s the quality time we have.” 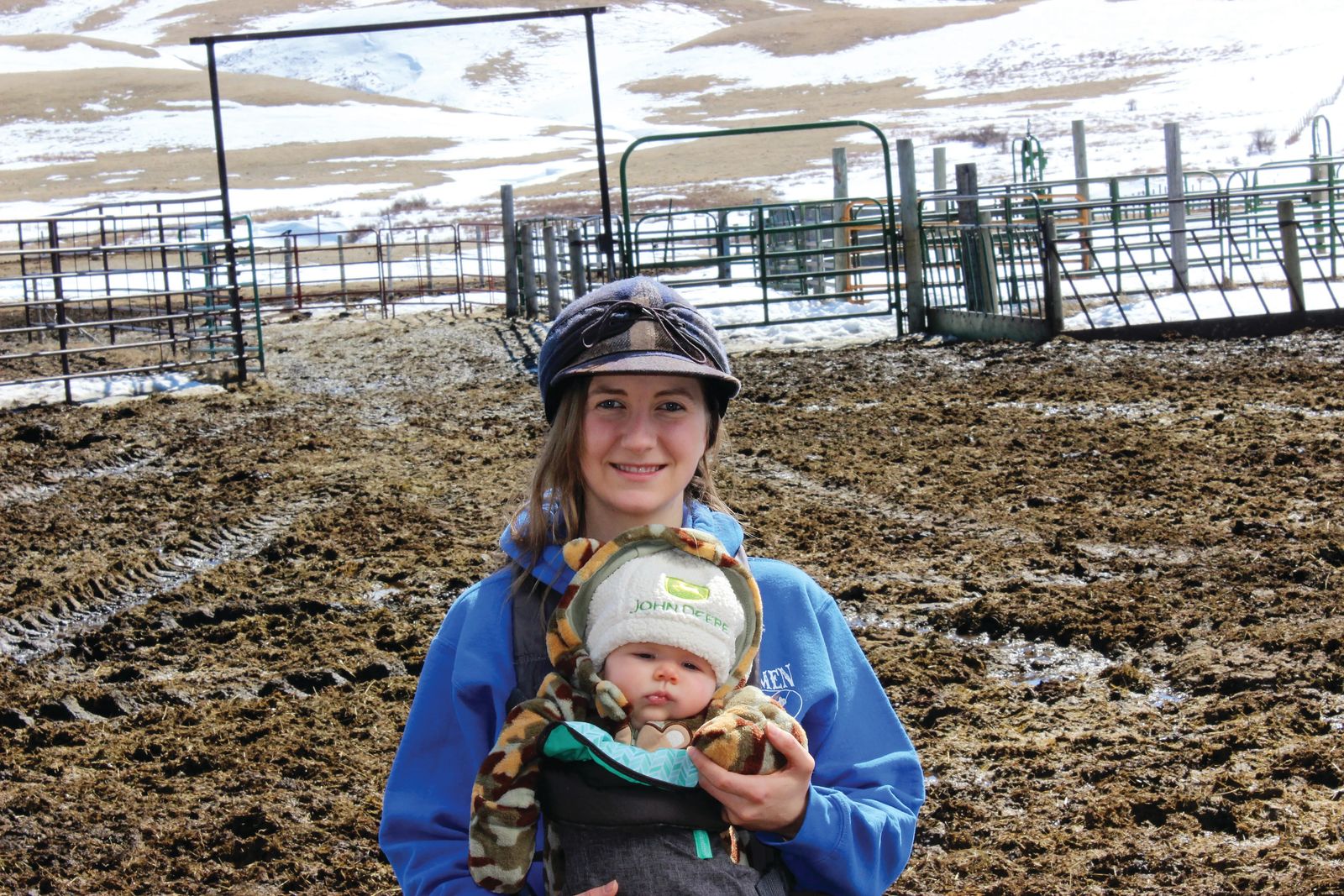 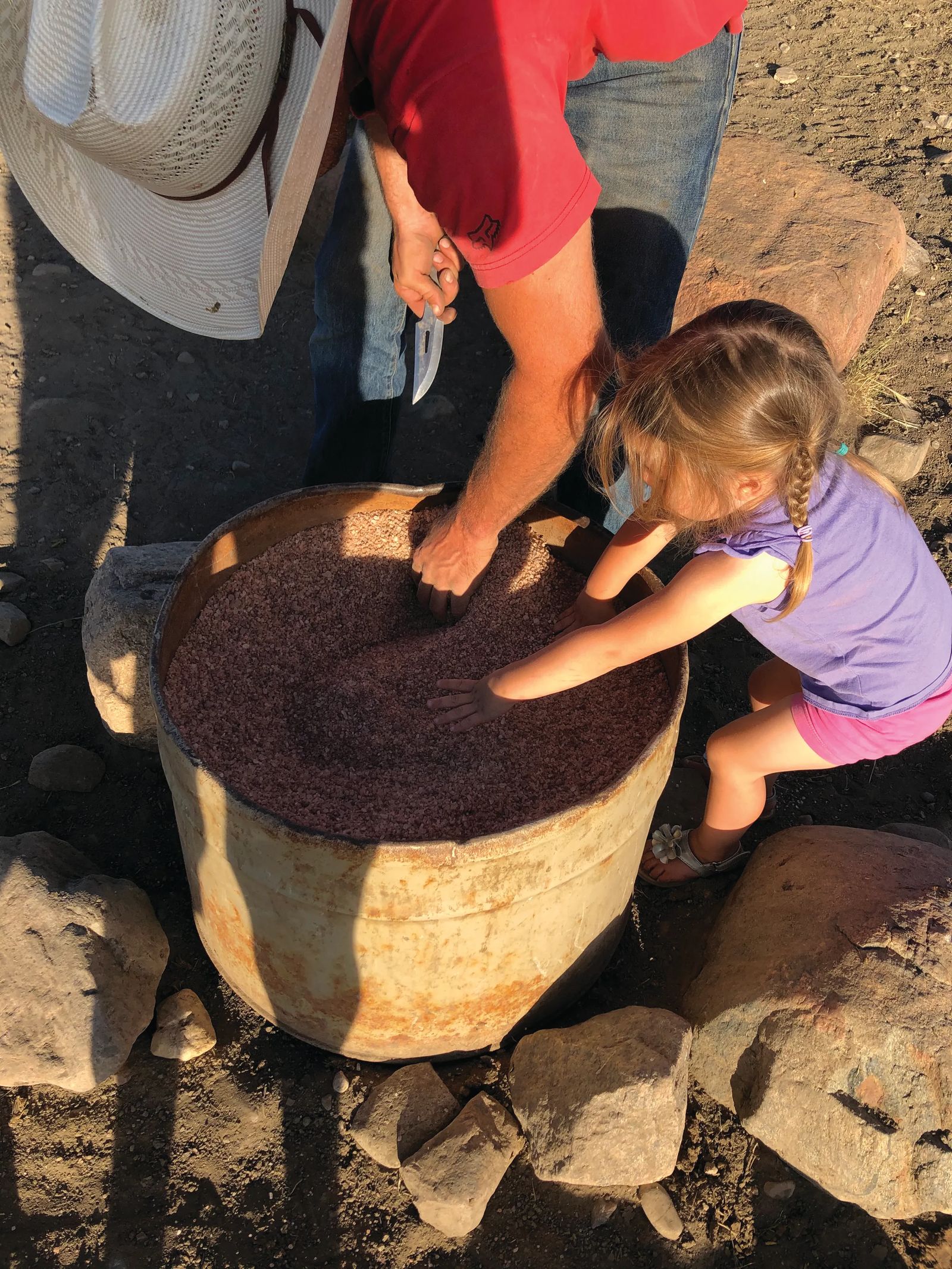 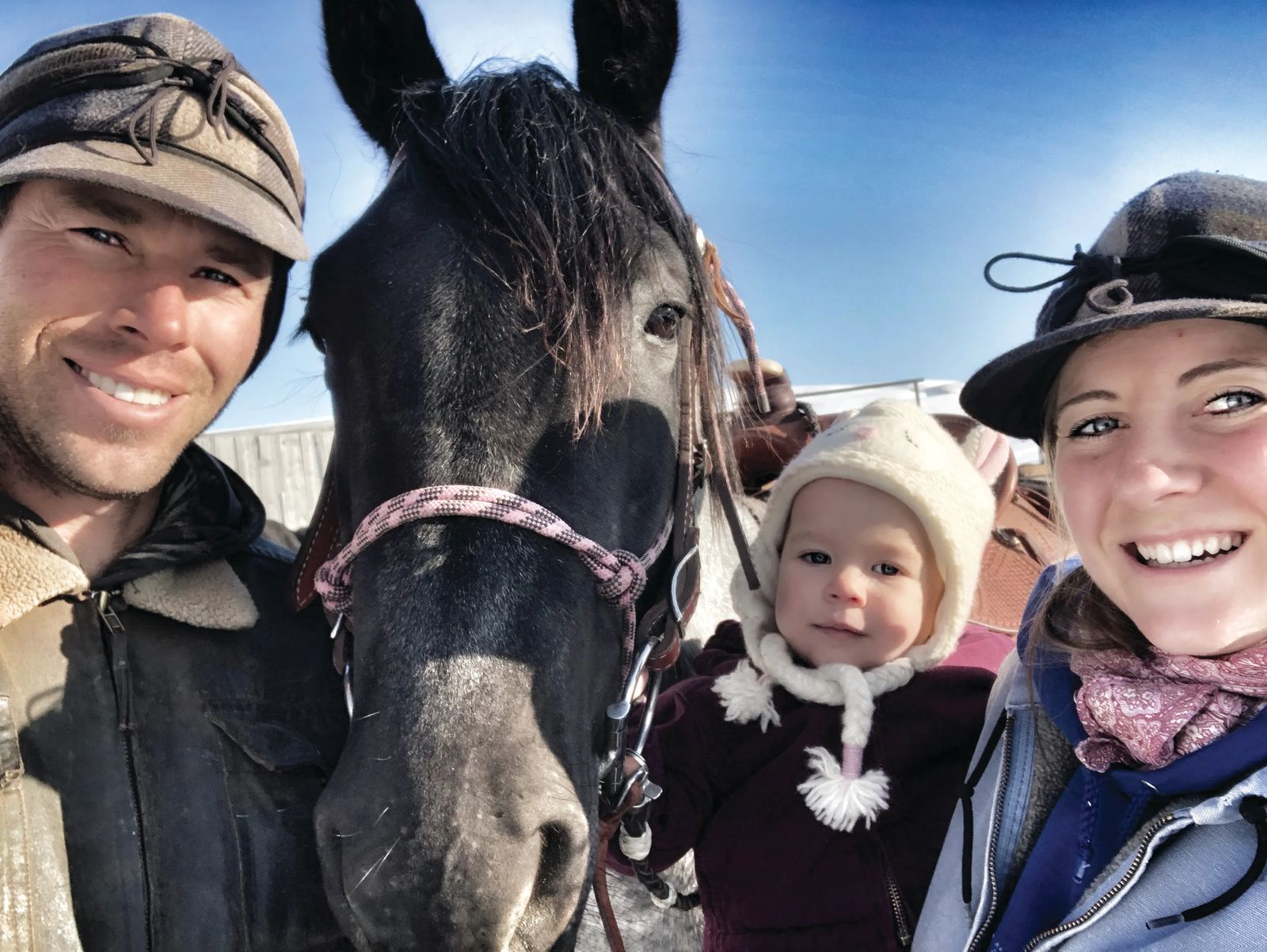 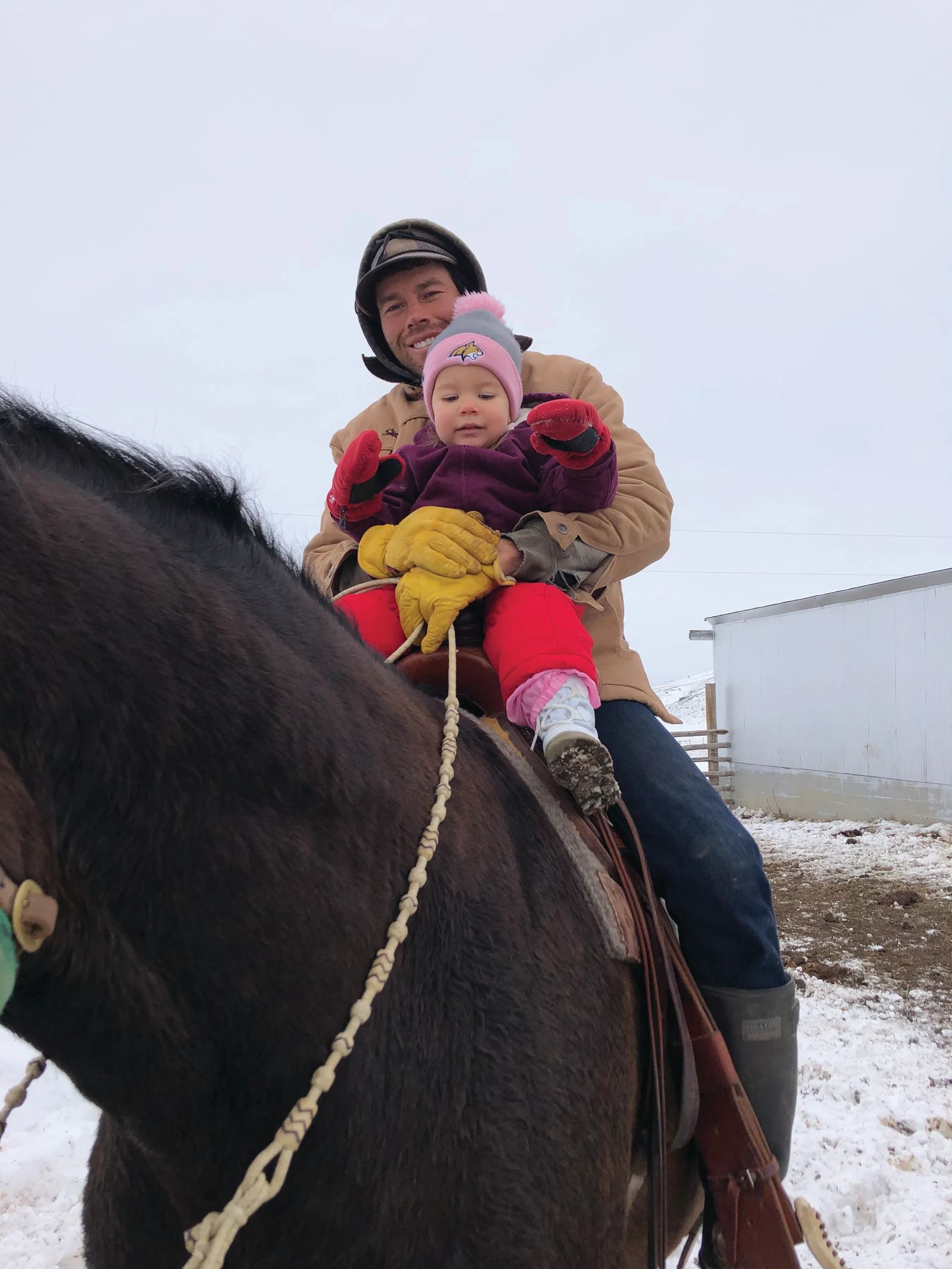