Family Life on the Ranch: Learning Responsibility and Work Ethic Starts Young on the Ranch

Growing up on a ranch, Karli Johnson knew early on that ranch life was special to her. When she met her future husband, Ben, at Montana State University, the two realized they had a lot in common. Ben had grown up on a diversified ranch near Sidney, raising small grains and having cows, sheep and a small feedlot while Karli spent her childhood on a cattle ranch near Choteau.

The couple moved to Sidney after graduating from college. Karli worked a corporate job and Ben was working with his grandfather’s feed store business, which Karli joined a year later. However when their son, Brooks, was born, they agreed the goal was to raise him on a ranch. When the opportunity arose to ranch full time, they eagerly moved back to Choteau.

“For the first year of ranching in Choteau, Ben was still in Sidney so I literally ranched with Brooks on my back in a backpack,” Karli said, admitting that she now has a real appreciation for having her husband home full-time.

Brooks, now 3, is very interested in helping his parents because it’s what he’s known since birth. “Sometimes we had the baby monitor plugged into vehicles so we could get done what we needed to do. We had to be creative. Generally, though, we want to include him in our lives in every aspect. He gets to go and do.”

Karli noted that when they were changing sections of a swather (to cut hay), Brooks picked up a ratchet and said he could tighten down the nuts. “I can handle it, mom,” he told Karli. Brooks tightened the nuts with Ben following to ensure they were sufficiently tight.

“It’s so fun to be able to give him the opportunity to want to help. We have chickens and bottle calves and he loves collecting the eggs and feeding the chickens,” Karli said. “He seeks ways to help and we work through it, being patient.”

The ranch mom explains that safety matters most, understanding that farming and ranching is dangerous. “That was a scary realization for me,” Karli admitted. “We have rules about where he needs to be when equipment is moving. We are honest with him, though, and share our fears. It’s given him the realization that safety is partially his own responsibility. We don’t want to frighten him, but he needs to know that certain things are dangerous. However, it’s rewarding because he’s learning.

The ag lifestyle allows for kids to have a deeper understanding of the realities of ag life, the good, the bad and the ugly. At age 3, he has experienced the greatest joys but also knows there are concerns out there.”

With the COVID-19 pandemic, Karli sees many parents trying to work from home with kids. Working from “home” (or in her case, all over the ranch) is all she’s ever known. “I knew it was hard, but it was my lifestyle. Now, as I watch so many people trying to do the same, I realize it truly is hard. It’s challenging to try to raise kids and get things done. However, it has its rewards and is worth the effort to be able to include your kids in your work however you can.”

“In agriculture, we’re fortunate because there are many opportunities for families to be able to learn and work together.” 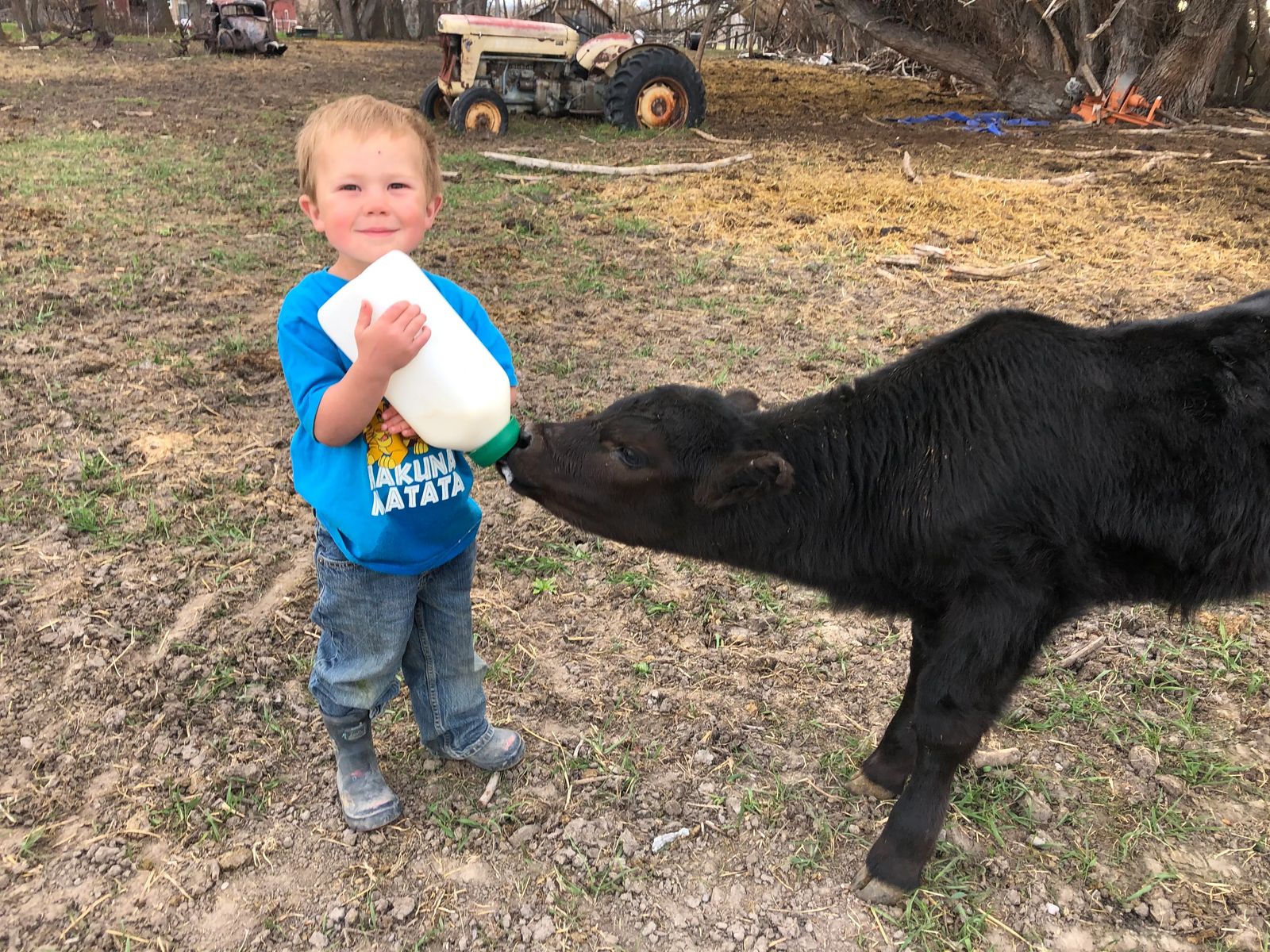