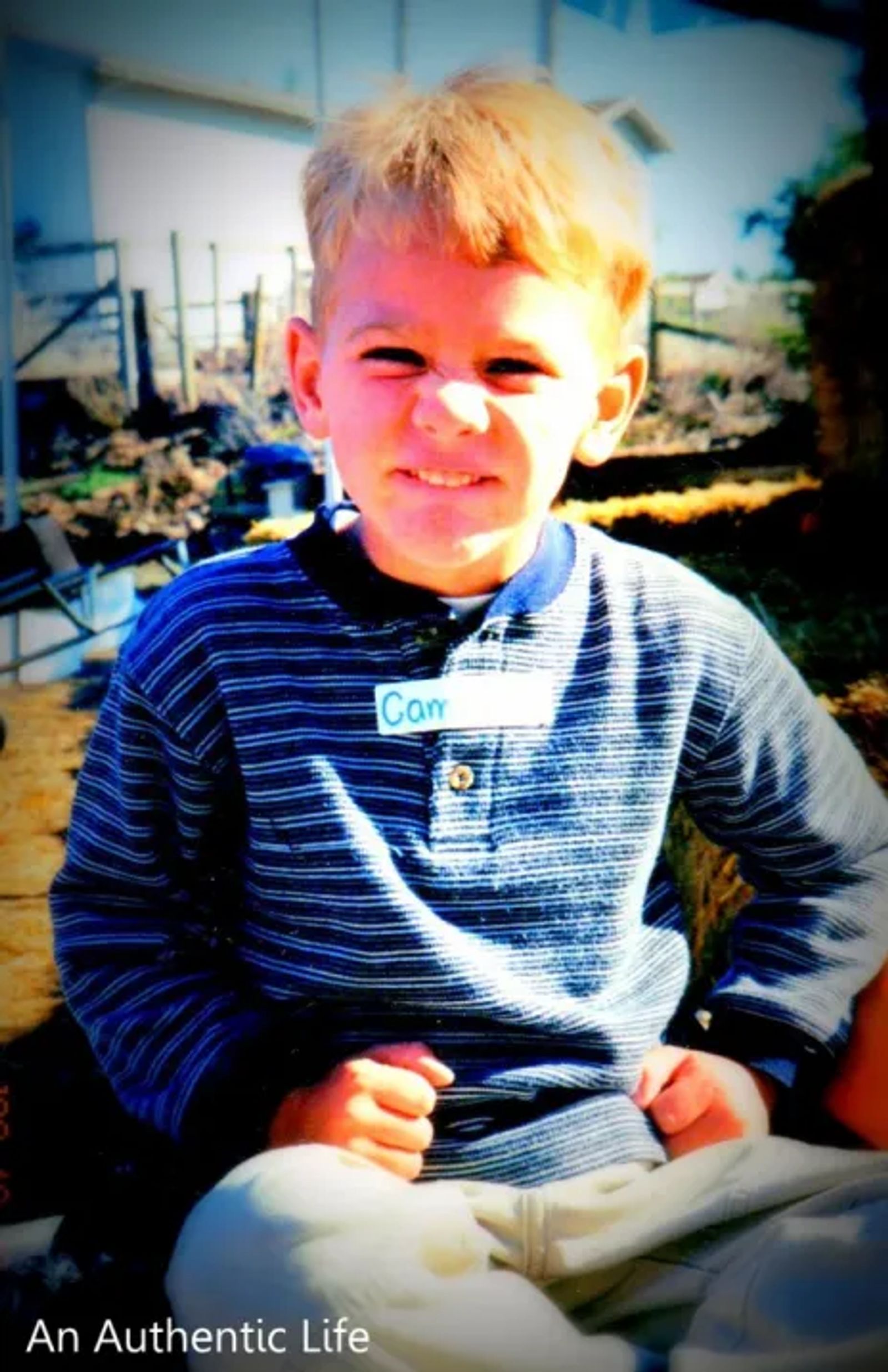 When my son started Kindergarten, I did the mental calculation to determine what year he would graduate from high school. It would be the spring of 2013.

Damn, that felt like an eon and a day away.

Today, my son - now deemed "The Senior" - begins the final walk in the short march toward high school graduation.

Looking back, the first day of Kindergarten, I was standing on the black-top in a sleepy neighborhood of Windsor, California, holding a little hand in my hand that was shifting nervously, yet excitedly.

After hearing the bell ring, we waited for the teacher to make her first appearance. I'm certain I had more butterflies in my stomach than a grains of sand on a beach, wondering what he would think and how he would react once his teacher made her debut.

She was a "seasoned" teacher, well-dressed, with a cute, blonde bob. Her class was a Kindergarten-first-grade combo, since "The Kindergartener" was one of the older kids (not to mention his maturity level!) he was one of only six children placed in this class.

We all followed the teacher from the playground to the classroom, two-by-two, moms (and some dads) holding hands with our children, with each step growing closer and closer to the classroom door, and our inevitable displacement from our little ones.

The closer to the door I got, the more anxious I became.

Would my son handle his first day of kindergarten the same way he handled his second day of pre-school? (Note: his first day of pre-school was perfect. He walked in, said goodbye and I left - crying to myself. It was the second through 90th day that brought stomach gasses into my esophagus, as once the "pre-schooler" knew what to expect (read= being left behind) he protested in a major way - crying, clinging, with dozens of yelps of "mommy-don't-go" until the teacher and I worked out a routine of disengagement - I would walk in the classroom, and she would immediately pick him up so I could make my inevitable escape.)

As we approached the classroom door, the teacher - with her knowing smile - said gently, "This is as far as moms and dads go." And with that, my son unclasped my hand, walked into the classroom with the other 19 students -  stepping foot into his future and never looking back.

Fast-forward a dozen or so years to today - a bright, clear,warm morning in Bozeman, Montana and you'll find one "seasoned" mother who has tears in her eyes as she waves goodbye to her son as he drives himself to his first day of his final year of high school.

Gone are the days of making brown-bag lunches.

Gone are the days of combing down the Alfalfa hairs on the crown of his sweet little head.

Gone are the days of walking him to the black-top, holding hands while waiting nervously for the teacher to appear.

For today, he claims his independence.

And along with his independence, he takes my pride, and my heart.

It's been more than a few years since I've personally escorted him to his first day of school, yet this year there is finality.

Yet, as we know, when one thing ends, another begins.

(Please note, I was allowed to offer a kiss on the cheek this morning - which is unusual - and I got a "love you" in return.) 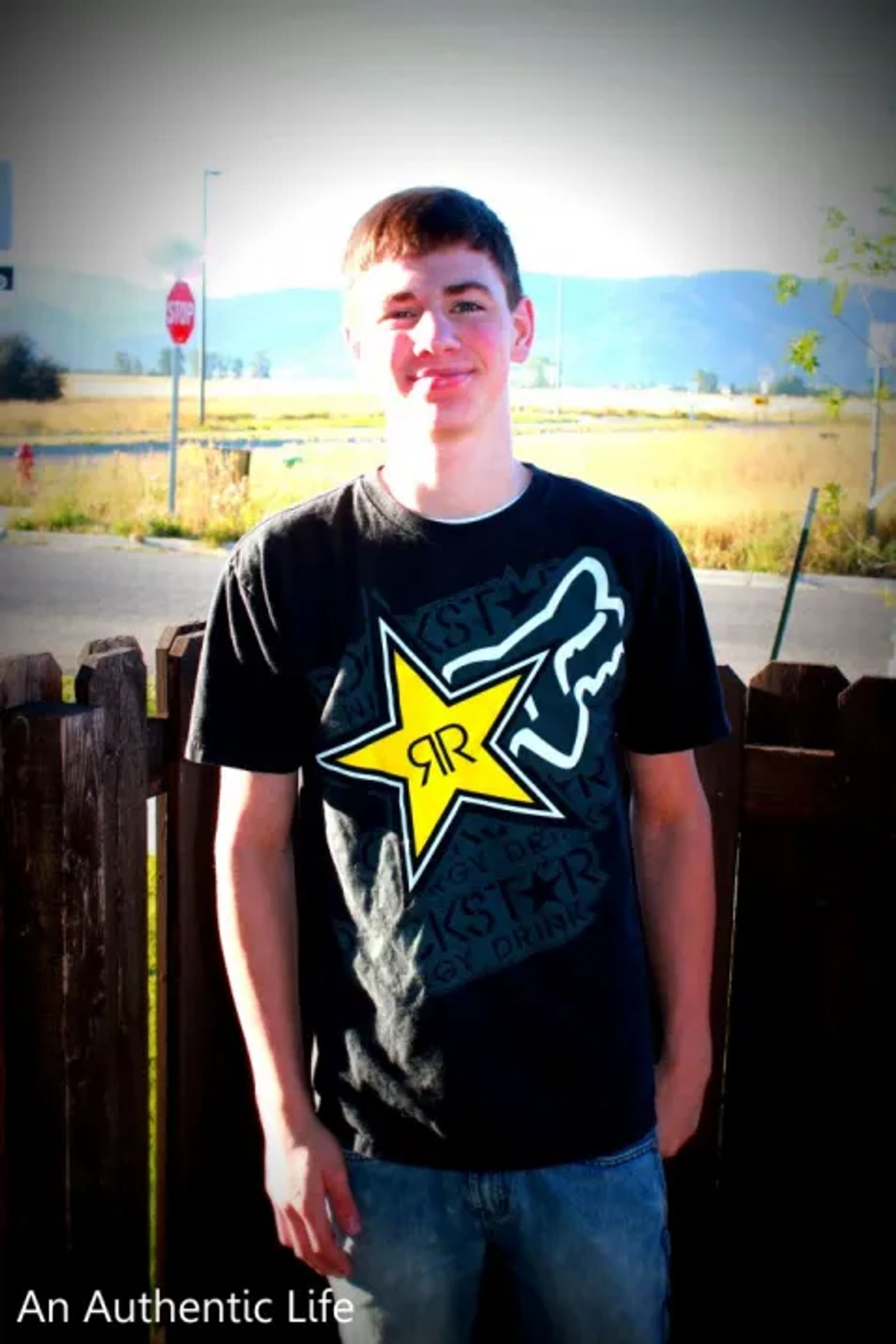 Mother of three,  Katie Walters is the author of  An Authentic Life , a member of BlogHer.com