Raising Teens: Not for the Faint of Heart - The Used Condom in the Dryer 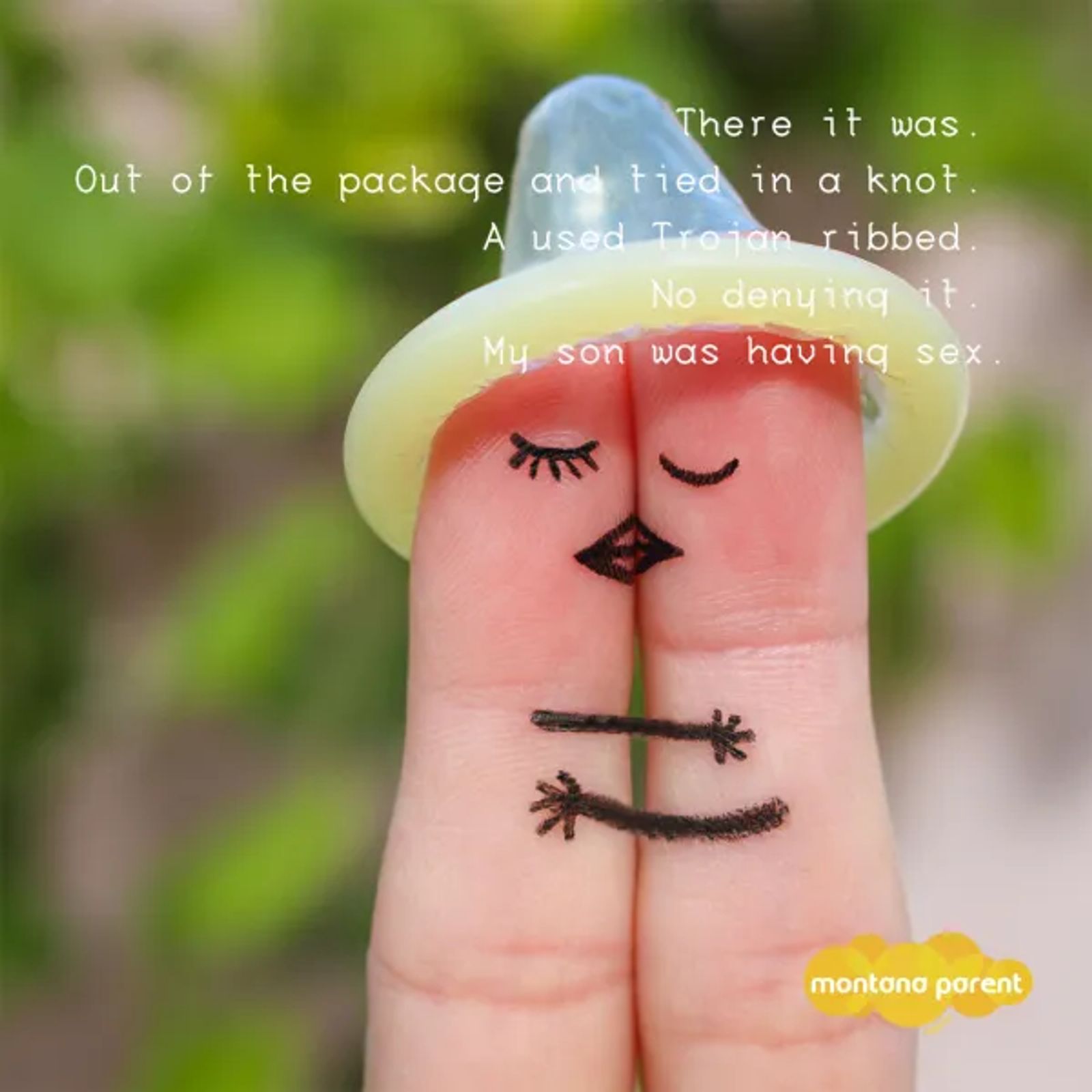 I certainly suspected it was happening before I found it. He was dating after all. And he actually cared about showering, brushing his teeth and washing his truck when he went out. Clean clothes became a must. There was also that time he came home from youth group and the back seat of the Trailblazer was laid down. I am not stupid. But it was right there staring me in the face. As I pulled it from the dryer of freshly-washed clothes, I could hardly believe it. Horrified, I realized it went through the washer AND the dryer and I had missed it. There it was. Out of the package and tied in a knot. A used Trojan ribbed. No denying it. My son was having sex.

My first reaction was disgust and horror. Oh. My. God. It had gone through both the washer and the dryer with my load of clean clothes! (Yes, I was still hung up on that.) It reminded me of the importance of checking the pockets, although if I had reached into the pocket of his jeans and found this I would have surely screamed. Disgusted, I threw it in the garbage and quickly covered it up. Not sure why; maybe I just didn’t want to look at it again.

I stomped upstairs to tell my husband, because I was not going to be the only one dealing with this. He did not react the way I had expected; he simply said, “He’s listening to us! He’s doing exactly what we told him to.”

It’s true. We had been talking about sex and sexuality since he was a toddler, which was when we started using the anatomical names of body parts and talking about appropriate touching. I’m not the kind of mother who forced hugs, even with family, or forced trips to Santa. Ownership of his body has always been his. Whom he lets into his personal space is up to him. I didn’t force him to hug or cuddle, even with me. He has always had a right to say no. So consent and contraception have been on the table for discussion for quite some time. I believe that if you address these issues as a matter of fact and keep the lines of communication open, those opportunities will arise. And it did. In my dryer.

Yes, I was proud he was taking responsibility for himself. He was using condoms. He was not relying on her to take sole responsibility for birth control and he was doing what he could to protect himself from sexually transmitted disease. I hoped he had remembered how to use the condom correctly. My husband was right; he was listening. He heard us. He owned it.

And I was proud of him. But I couldn’t reconcile this young man with my little boy. I have a picture of him as a 4 year old with tousled hair, missing front teeth, wide eyed and full of sparkle. He is still most of those things today and he has all his front teeth. However, he looks more like a man every day and less like my little boy. This was proof that the changes are not just happening on the outside. For me, the evidence that he is changing isn’t just in his voice, face and build, but his feelings, desires and sense of responsibility are becoming more adult as well. I wanted to believe that my children would wait until they were in love, committed; hell, maybe even married to have sex but I’m also a realist and I refused to send him in to the world unprepared.

But now, I had to talk to him. Despite the fact that it was 10:30 in the morning, he was still crashed out in a heap on his bed. I climbed up on his bed and gently woke him. I asked him about the condom, which he couldn’t remember was in his pocket, and reminded him to throw them away in the future. He nodded. I told him I was proud of him, but he was done talking and wanted to sleep longer. And I let him, because he’s still a growing boy after all.

Jennifer Roberts is the mother of a blended family that includes her husband of 21 years, stepson, nephew, son, daughter and countless teenagers who love to hang out around her kitchen ranging in age from 15 to 25. On any given day, you can find her mopping mud off the kitchen floor, breaking up wrestling matches or trying to figure out where her mascara disappeared to!