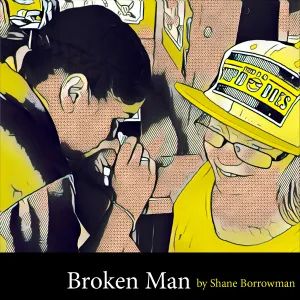 Fun isn’t very interesting.  Not the way I write it.  In two previous posts (linked here and here ), I’ve discussed the drive from Dillon, Montana, to Disneyland.  That was easy to cover:  Horrible experiences usually are.  So the drive to Disneyland was nightmarish, but…it was pretty much a good time from then on.  Sure, tickets ended up costing northwards of $1000 as we hit all the major parks, from Mickey’s place to Universal Studios, and a bout of heatstroke sent me reeling back to the hotel at one point for an hour-long shower followed by several more hours of napping and alternately shivering/sweating.  And my daughter got stung by a bee.  And ITT Tech emailed my wife to tell her that after five years of online teaching, she was no longer deemed qualified to teach for them—to teach classes that, in several cases, she designed from the ground up.

No surprise to see how things turned out for ITT.  (Insert image of me smiling, giving a double thumbs-up, filled with schadenfreude…)

Everyone got along, more or less, the whole time.  When John rode The Tower of Terror for the first time, strapped in on my left, I saw him nearly lose his hat as the bottom dropped away from us, saw him in that frozen, startled moment where gravity sent him (and me) in one direction so suddenly that his hat levitated off of his head and would have been lost if he hadn’t snatched it back.  When Sam and I did California Screaming, we locked eyes in that instant of hesitation, that instant when the rollercoaster cars reached the peak and then threw us into Sam’s first-ever loop-the-loop.  She loved it.  She didn’t lose her hat (that came later, on the water/log ride).  Those are moments burned into me, stories without plotlines and best left to the poets.

Ultimately, even the drive home was uneventful, despite the fact that it included a seventeen-hour marathon behind the wheel.

But Knott’s Berry Farm broke me.  That’s the story I can tell.

It was hot.  That’s the most accurate, least descriptive thing I can write.  It was hot, oppressively hot in the way that only southern California and northern Hell can manage.  The lines were long, but they were no longer than any lines in any amusement park in July.  Shorter than the lines at Universal, actually.  Halfway through the day, for reasons that are unclear to me now, I just snapped.

There was no particular tension.  The kids were behaving.  We were successfully managing to break into smaller clusters and then to come back together.  We’d even managed to add another adult, toddler, and teen to the party (local family who joined us for the day).  It was all…fine.

Except for my feet.  I think that was the problem.  And it was a problem of my own making.  I have a frugal streak deep in my nature, one that runs completely counter to my sense of generosity.  If one of my kids needed shoes, I’d never allow them to wear something that was actively bad for walking—some knockoff brand so poorly designed and built from such questionable materials that they were illegal in most developed countries.  But my kids had shoes.  Good ones.  They were alright.

I was walking around in something that came from the cheapest shelf at Walmart.  Not Target.  Walmart.  Shoes that hurt everything from my knees to my lower back but went really, really easy on my wallet.

And I was paying for my choice.  The blister I was developing on the ball of my right foot was the size of a silver dollar and had me limping extravagantly just on the walk from the parking lot to the gate.  By the time noon had come and I’d reached the line for some generic get-you-wet log ride, I had nothing left.

We got in line.  I’m clear on that part.  And then?  Well, then I think I might have just wandered away like a zombie.  A limping zombie in cheap shoes.

Like a zombie, I’m a creature driven by instinct.  Unlike a zombie, I wasn’t led to cannibalism.  I was led to the saloon.  I am from Anaconda.  We develop the ability young and hone it for decades, the ability to find a bar in any setting or situation.

The bar I found had a ridiculous western theme (naturally), and the floor show was going on—dancing girls, an MC in a leather duster.  Or maybe a suit and top hat.  The details are fuzzy.  Except the details related to pricing:  It was $11 for a beer.  A sign, right next to the cash register, said so.  And not just $11 for a bottle of beer.  No.  $11 for a keg-cup sized serving of…wait for it…Bud Light.

I’m not fine with $11 for that little Bud Light.

Not to begin with, anyway.

Disgusted with the heat, the lack of seating because of the floor show (which was, ironically, free), the cost of beer, I limped back into the sunlight.  And immediately turned around.  Literally the moment the batwing doors swung closed behind me, the music stopped and the MC (however he was dressed) called the whole thing to an end.  He thanked the audience.  He left.  The audience left.  The bar was empty.

The first beer disgusted me.  I could barely sit and savor it, its cool wonderfulness, and the silent shade of the deserted saloon.  Even the bartender wandered away to refill fruit trays or something.

I am a creature of habit, but I’m also a creature of rationalization.  Once I paid $11 for a keg-sized serving of beer, there was little reason not to pay $22.  Or $33.  Or $44, for that matter.  The day was blisteringly hot, and my feet were blistered, too.

I sat in the cool saloon and poured beer on my liver until my feet stopped hurting.  No one spoke to me.  I spoke to no one.  It was awesome.

The softie in me will remember forever that moment on The Tower of Terror, remember John nearly losing his hat to gravity.  I’ll remember the look Sam and I exchanged on California Screaming, just as the carts roared into her first-ever 360 degree loop.  But the calmest, quietest, sweetest part of that whole 4000-mile vacation happened in an overpriced saloon at Knott’s Berry Farm.

My feet don’t hurt anymore, either, even though I’m doing a lot of walking.  I have great shoes.  They were a gift from my family.

Shane Borrowman is a native of Anaconda, father of twins, and professor of English at The University of Montana Western.  He has published on a wide range of topics, including the development of boxing in Renaissance England, medieval Arabic philosophy, and American zombie films.  He is editor or co-editor of four writing textbooks and six collections of original scholarship. Visit  http://www.shaneborrowman.com , home of Shane's blog, Kairotic Palaver